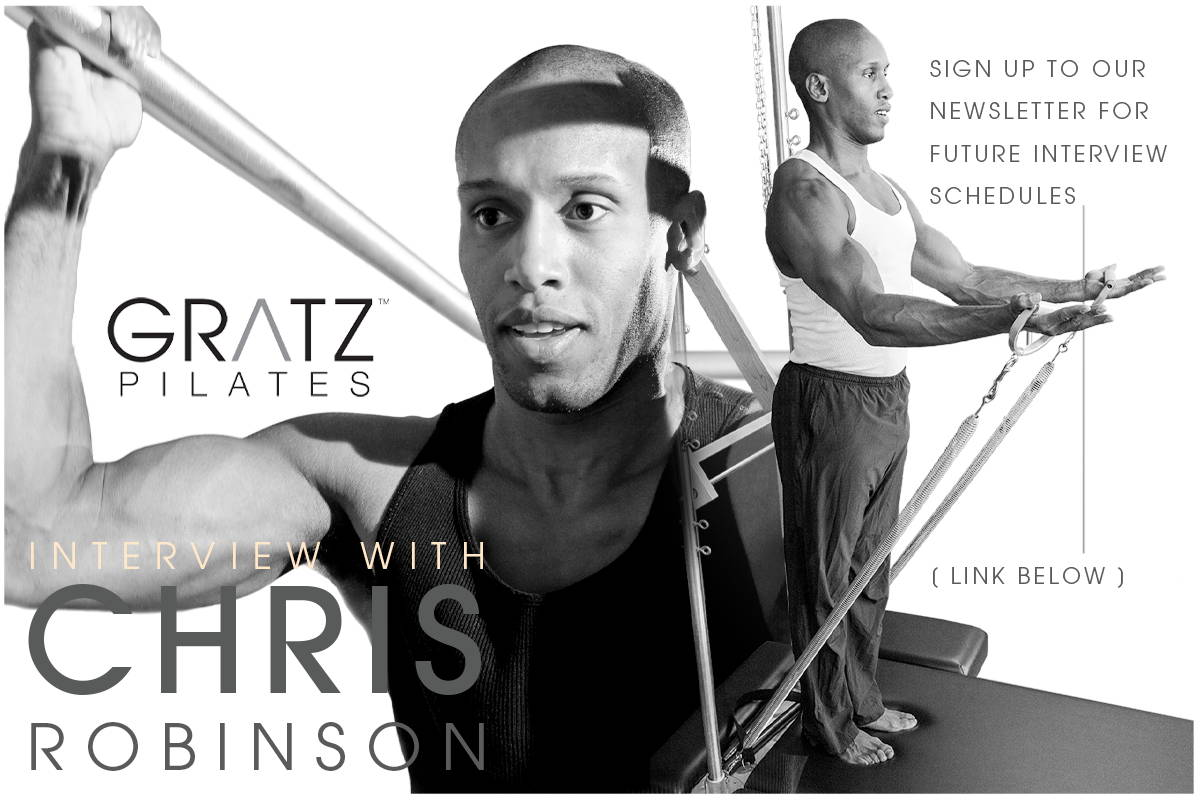 Gratz Pilates has initiated a series of interviews with some of our prominent instructors to allow them to tell their story and discuss the current challenges in our industry. We have featured interviews developed by Gratz Euro correspondent, Tavis Bohlinger, with Brooke Siler and Marjorie Oron and now we are proud to present an interview with our friend and brand ambassador Chris Robinson.

The interview was conducted virtually by our talented designer in Philadelphia,  Jennifer Chung who had the opportunity to spend some time with Chris at the PMA event in Monterrey last October and more recently at the Ft. Worth Classical Pilates event in late February.

Please take a look at the interview and hear Chris tell his story and his journey from his participation in sports through childhood, studying oceanography, competing in martial arts and of course his passion for practicing and teaching Pilates with students all over the world. 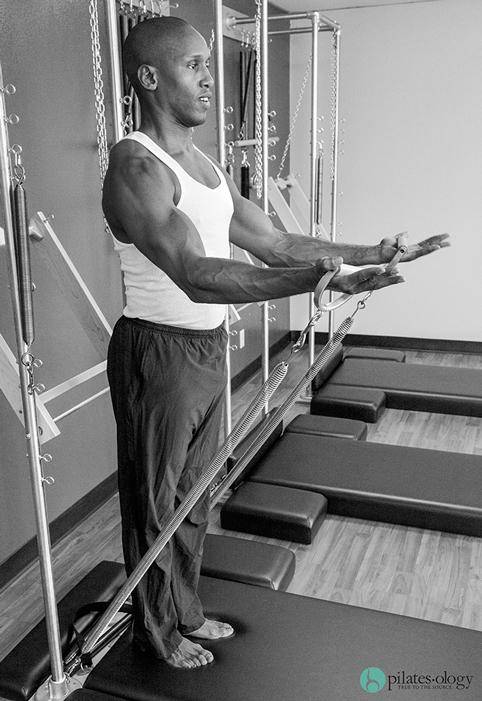 As a lifelong athlete, Chris Robinson is constantly in pursuit of peak performance. With great passion and energy, the Houston native brings that drive to the service of his clients, including Oprah Winfrey, for whom he acted as personal core coach. A certified Pilates instructor with more than 20 years of professional fitness experience,
Chris learned his craft directly from Pilates legend Romana Kryzanowska. He is a two-time Muay Thai kickboxing champion trained by Saekson Janjira and was a collegiate track and field athlete at San Diego State University, where he earned a degree in kinesiology.
Chris has a mentoring program for continuing Pilates education and continues to share his knowledge and help teachers, students and athletes  feel the work in their bodies and develop through his S6 Pilates programs: s6fitnesssd@gmail.com 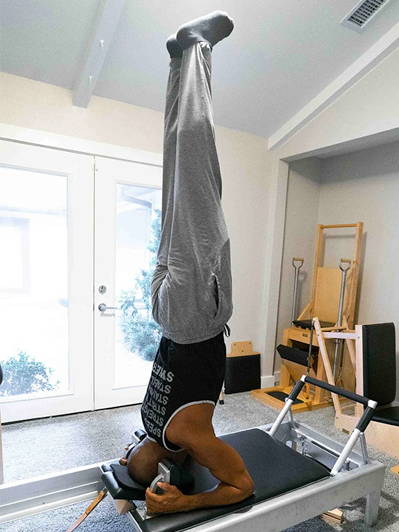 Sports has been a part of me all my life. Since elementary school, I've been active in many sports like football, basketball, baseball, and track. I started doing Martial arts at 14 years old and am still active today. Initially, my major in college was Oceanography. During my sophomore year, I learned that the field offers very limited research funding and jobs would be scarce so I had to really reflect on what I love: peak performances and movement. So I changed my major to Kinesiology. I wanted to learn how the body moves like a machine so that’s what led me to the fitness industry. 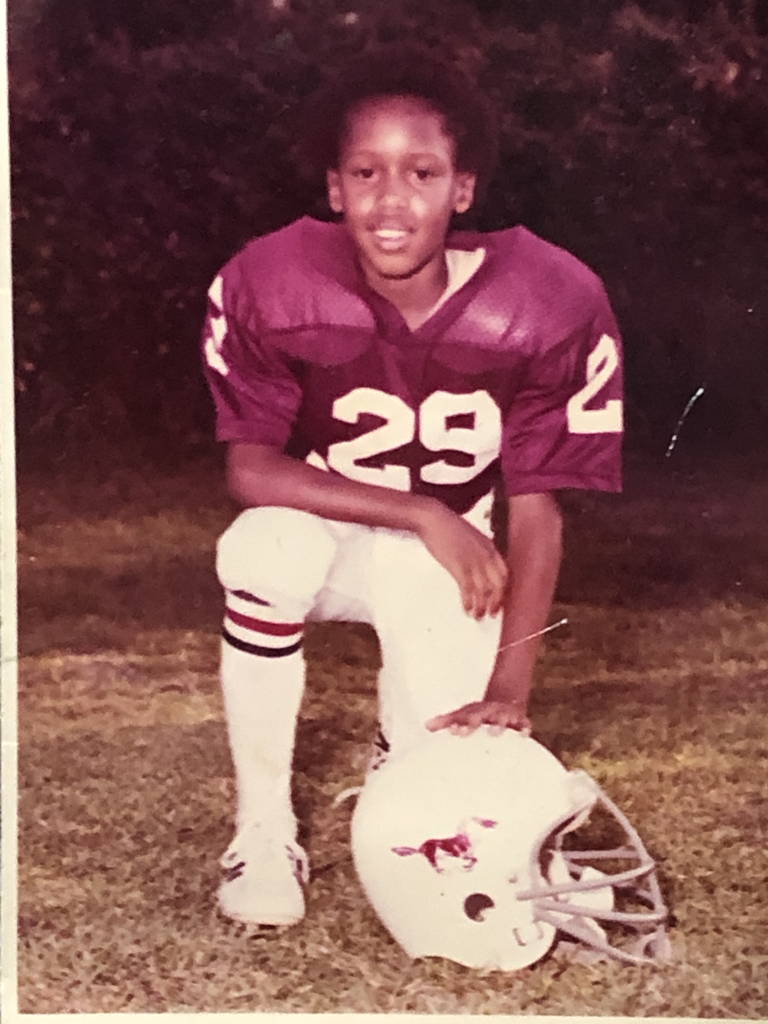 "The exercises were unreal. Like nothing that I have done before. After the workout, the level of exhaustion was through the roof, but I could punch and kick with much more speed, power and control. My body felt light!"

What brought you to Pilates? Please describe your evolution as a student, apprentice and certification, organizational alliances, etc.

In 1999, I was teaching in Muay Thai at a health club in San Diego where I met Michael Johnson and his brother. He was a Pilates teacher from NYC and trained by Romana. He offered to do a tradeoff: I teach him Muay Thai, and he'd teach me Pilates. When he gave me my first lesson, I didn't know what was going on! He showed me what equipment I would be using and it looked crazy- a full advanced Reformer! The exercises were unreal. Like nothing that I have done before. After the workout, the level of exhaustion was through the roof, but I could punch and kick with much more speed, power and control. My body felt light! Michael told me if I wanted to learn more about it to go to NYC and train with his teacher. This lady's name is Romana! A few weeks later I called Romana to be a part of her teacher training program.

It was my first time visiting NYC. I grew up in Texas and went to college in California so it was a culture shock to see so much snow for the first time. I didn't even know how to wear a scarf. When I got to Drago’s, I fell in love with the environment! It was simply a group of people who were passionate about health and fitness. Romana was an amazing leader/guide, and we were always motivated by her to work hard. And I mean really work hard while also having fun. My first lesson with her was about an hour and forty minutes because someone late cancelled. Afterwards I had to walk in a circle for 20 minutes before showering because my legs would tremble if I stood still and I couldn’t sit because my glutes were already super sore. I miss her.

Several years after my certification, I continued my education with about 8 1/2 years of privates with Jay Grimes. I calculated about 400 lessons. I credit Jay with really helping me find my path to understanding. I’m super grateful!

WHAT ARE SOME OF YOUR FAVORITE CLASSICAL EQUIPMENT to work out in?

The Archive Reformer has been my favorite. It makes a huge difference in the quality of my workouts. I feel it's really challenging and making me stronger. With the pandemic, I’ve had time to really explore the techniques on the reformer more deeply.

What do you love about teaching Pilates and teaching clients? What about your training, teaching teachers, and how do you see yourself as a leader and influencer?

First and foremost, I just enjoy helping people. I love seeing the moments my clients do things they didn't think they would be able to do. I want all of my clients not only to improve their fitness levels, but to learn how to move. This gives them the freedom to enjoy activities pain free. For the athletes I train, this is their dream and livelihood. I feel I can give them what Pilates has given me: great control of their bodies and optimal performance. I’m honored for their trust in me to help achieve their goal. For the teachers I train, my job is to guide them to find their unique way of understanding the method so they can have their own voice. 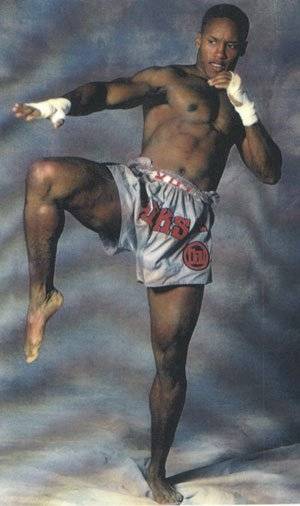 Due to the pandemic and global health emergencies, COVID has financially impacted the Pilates Community and particularly studio owners pretty hard - how are you dealing with the challenges?

I've been teaching online. I have 5 Pilates classes a week. Mat, Wunda Chair and Reformer classes with private lessons as well. When I’m in California, I only teach privates at S6 Pilates in San Diego or at Hummingbird Pilates in LA. Classes aren’t allowed due to capacity limitations. I cancelled all of my workshops, seminars and conferences for this year. As for my own training, I always workout with my classes online. I like to set the pace of the class and I want everyone to see my techniques, and also my mistakes and how to work to overcome them. I also run track and swim about 5 times a week and a little Muay Thai training. Sadly, no Jiu-Jitsu. It’s too difficult to social distance

HOW DO YOU THINK THE PILATES COMMUNITY WILL ADJUST TO THE NEW REALITY MOVING FORWARD?

The impact it has had on the Pilates industry is tough, especially for larger studios. It's unlikely that we will be going back to big classes anytime soon. Teachers are going to have to adapt to make their studios and workouts more personalized. 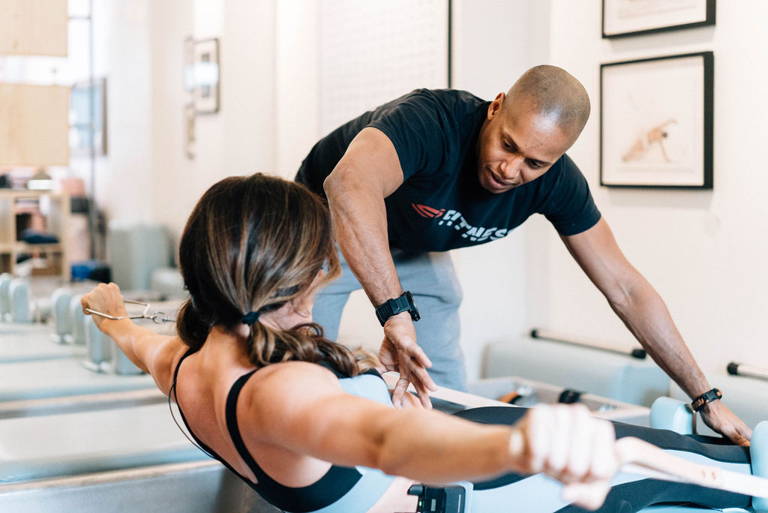 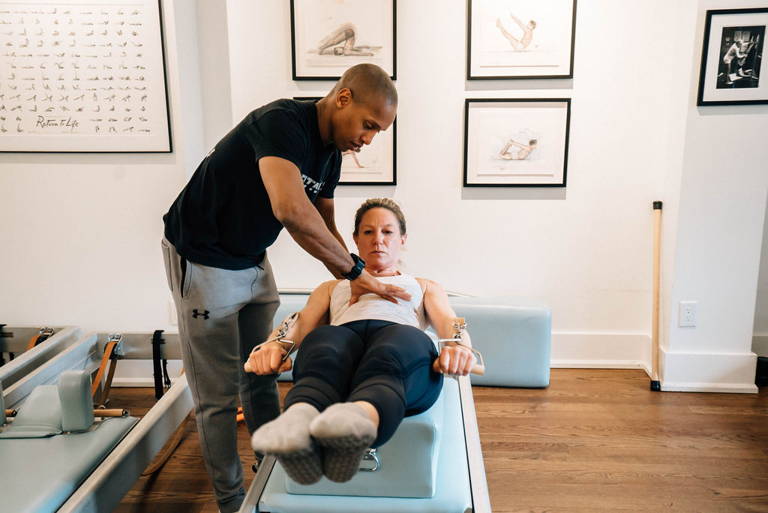 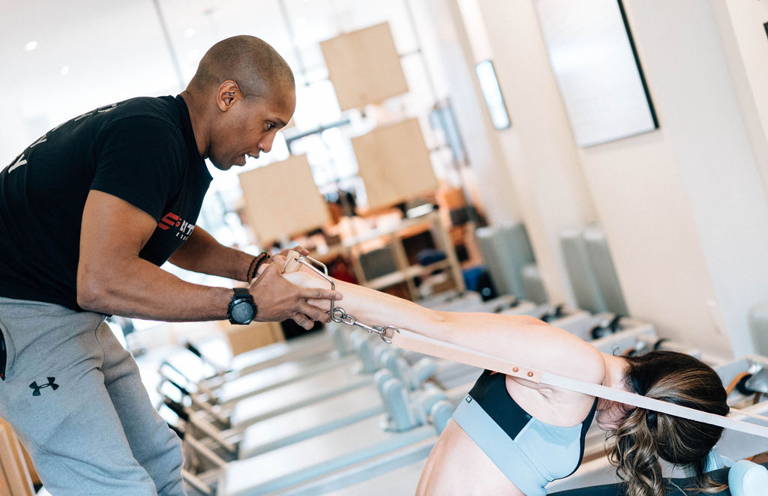