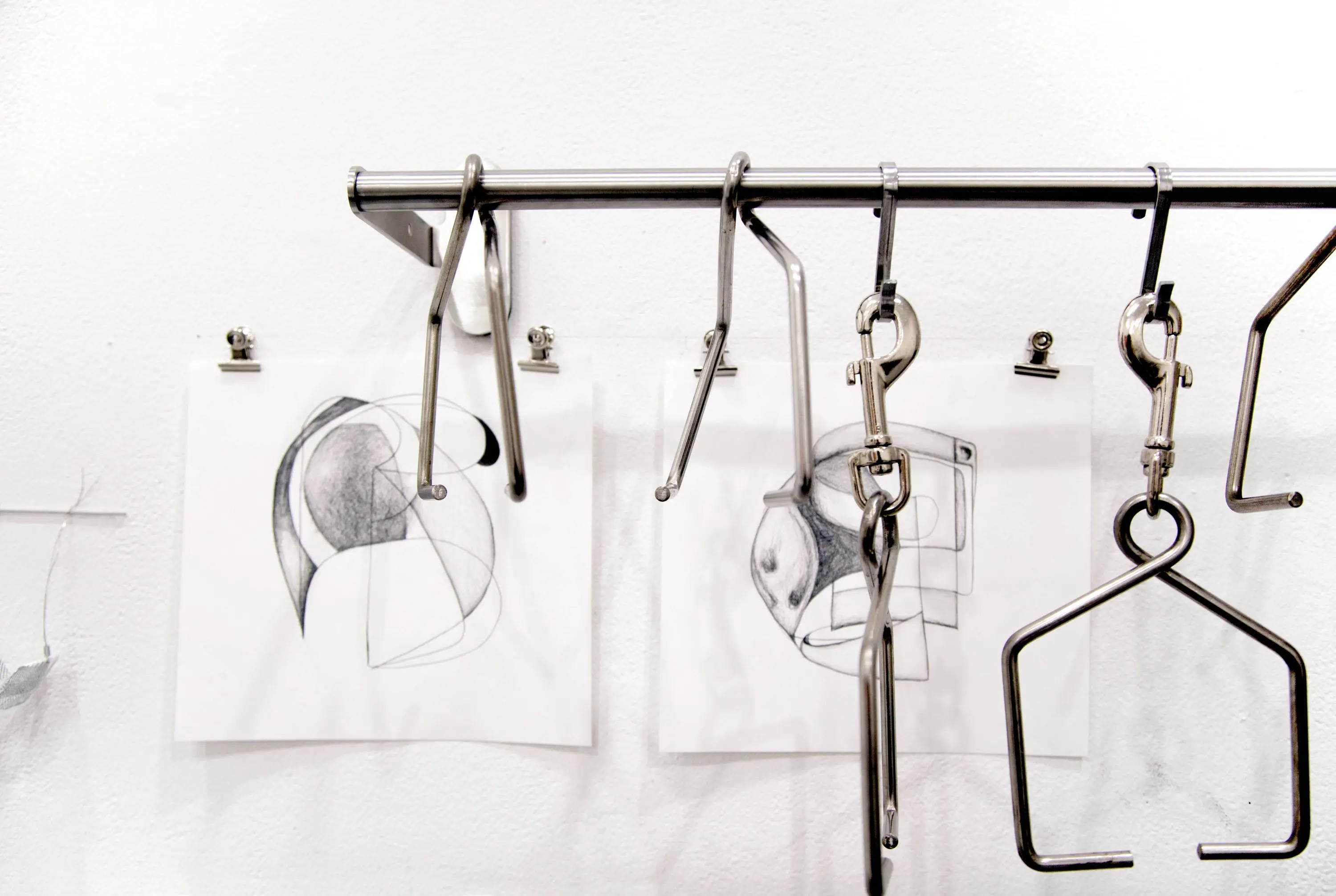 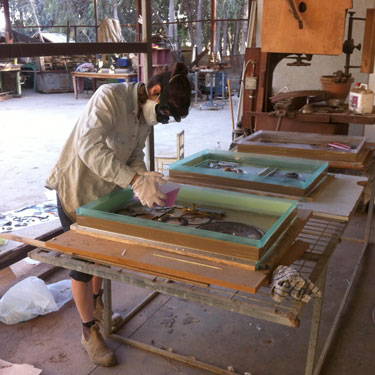 My name is Ella Kandel and I'm a professional artist. I currently live in New Jersey and study at Rutgers, where I'm doing my Masters in Fine Arts degree. I did my Bachelor at Shenkar College in Tel-Aviv, where I exhibited in Many well-known galleries and museums and my works were sold to distinguished collections.

I've been a Pilates student for many years and I had the privilege to practice Pilates with Gratz equipment, and I enjoyed it a lot. Gratz products are simply state of the art! Their high quality is evident and their aesthetics is incredible.

"In Pilates, the movements are based on motion and resistance to motion- simultaneously"

In her recent exhibition, installation artist Ella Kandel explored the boundaries of elasticity using Pilates equipment by Gratz. Through this body of work, Kandel has been investigating the means of breaking free from established patterns, and the possible self-liberation that comes, not from taking action against what constricts us, but rather, from resistance to these opposing forces. Asking whether resistance is as much an agent of transformation as acting is, Kandel sees Pilates apparatuses as both a metaphor and a physical materialization of the phenomenon of action and resistance. Many movements in Pilates, based on motion and simultaneous resistance to that motion, create oppositions. The artist has been especially fascinated by one of the central apparatuses in Pilates called the “Reformer,” which she works with to envision how the human body and consciousness can each Re-form themselves.
Kandel’s installation explored the process of conceptualization as the finished work, inviting the audience to engage more intimately with her investigation. On view were sketches, collages, quotes, journal notes, diagrams, and maquettes serving as proposals for future public sculptures. Gratz Pilate’s element, on display, offered the suggestion of unrealized potential for movement and activation of the body. 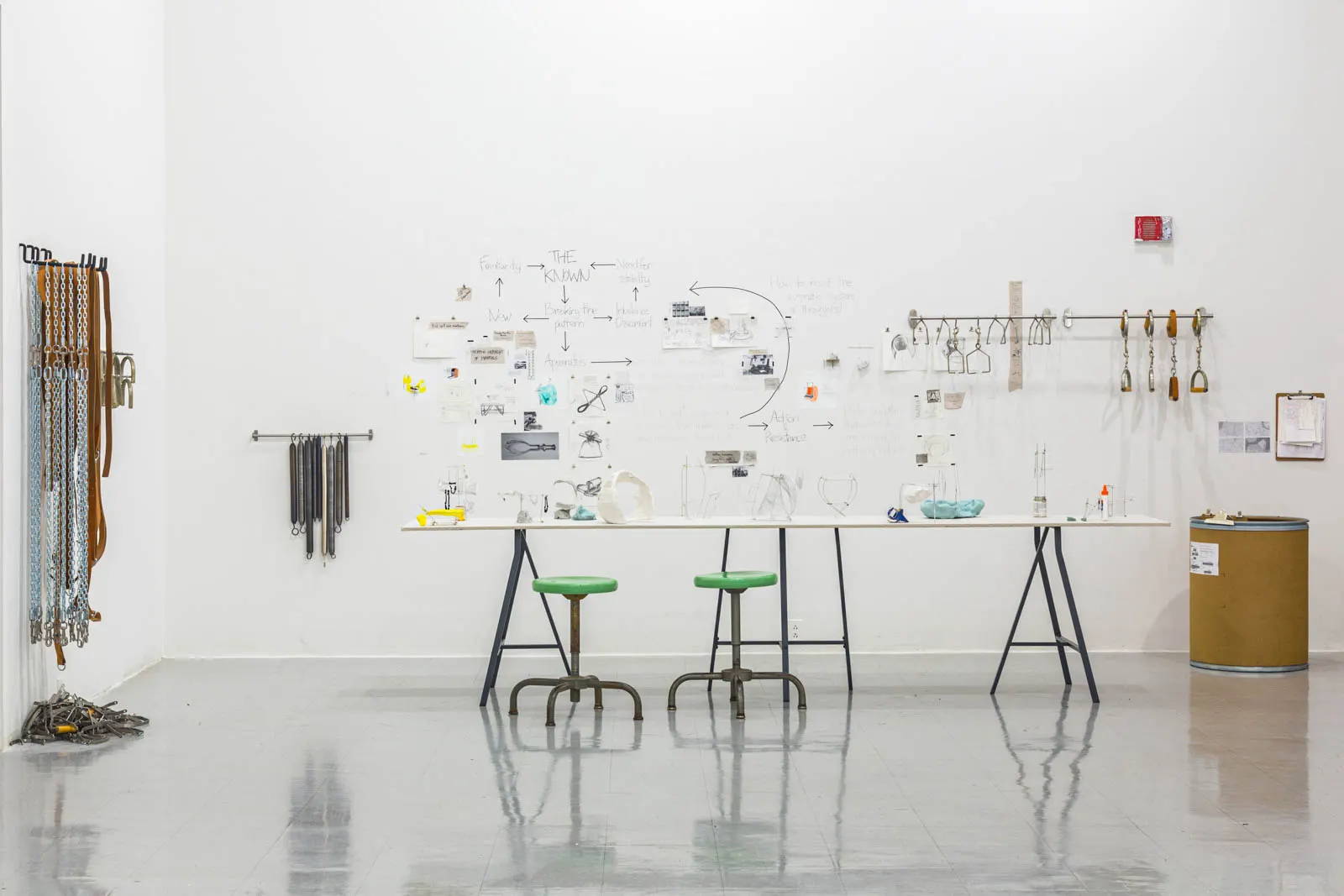 The artist states: “I became a mother. I moved to a new country. I experienced my body and mind in a very elastic way. Things I considered to be constant, I now perceived as flexible. I wanted to bring this elasticity into art. I didn’t want to show finished work, while the process remains hidden. I wanted to stretch the hierarchy between the labor and the final piece. I exhibited the failed attempts, notes from conversations with colleagues about the work, and personal reminders for daily life/family tasks I have while working in my studio.” 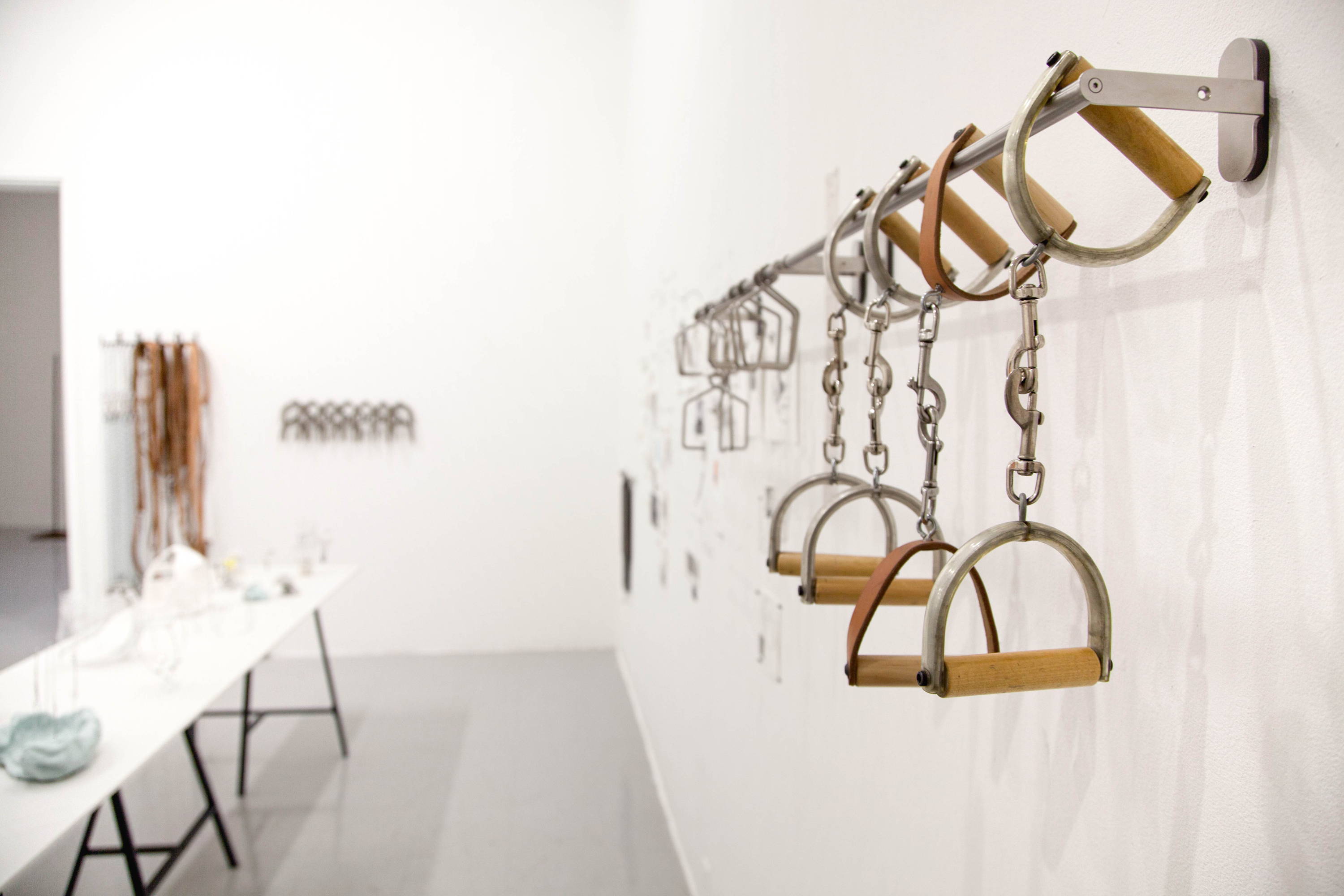 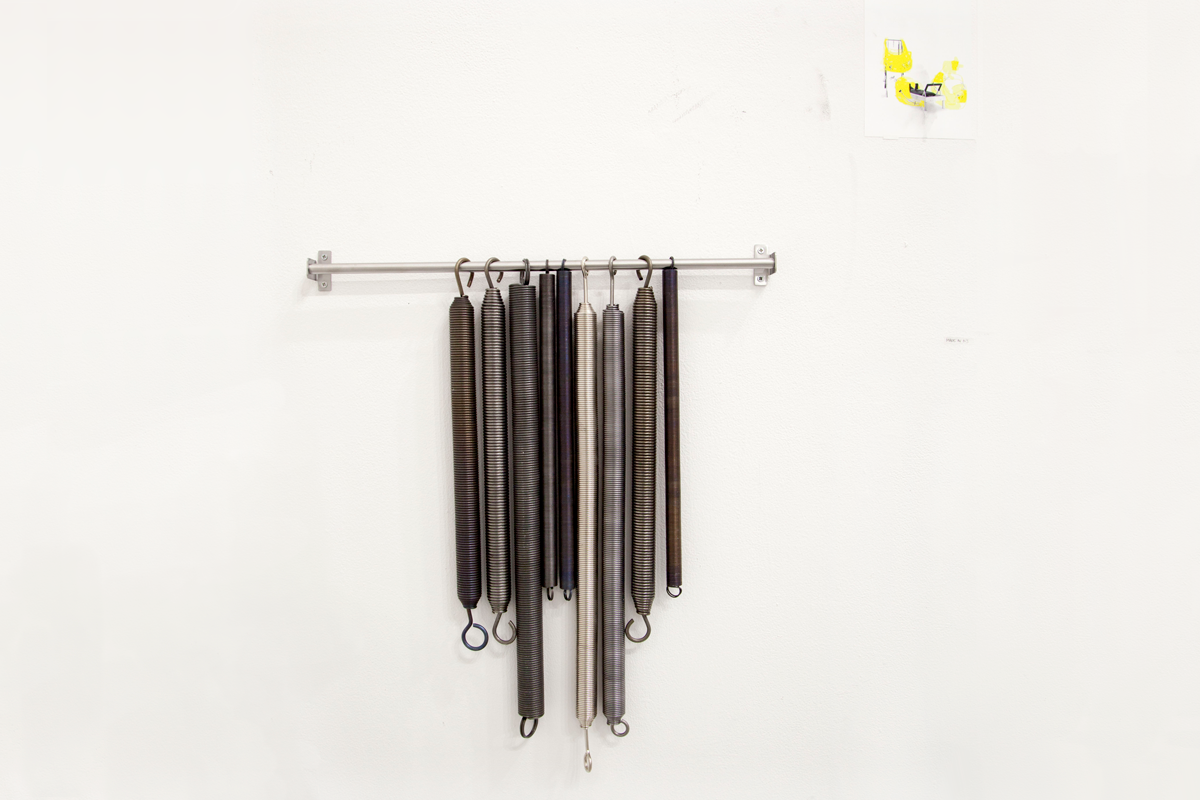 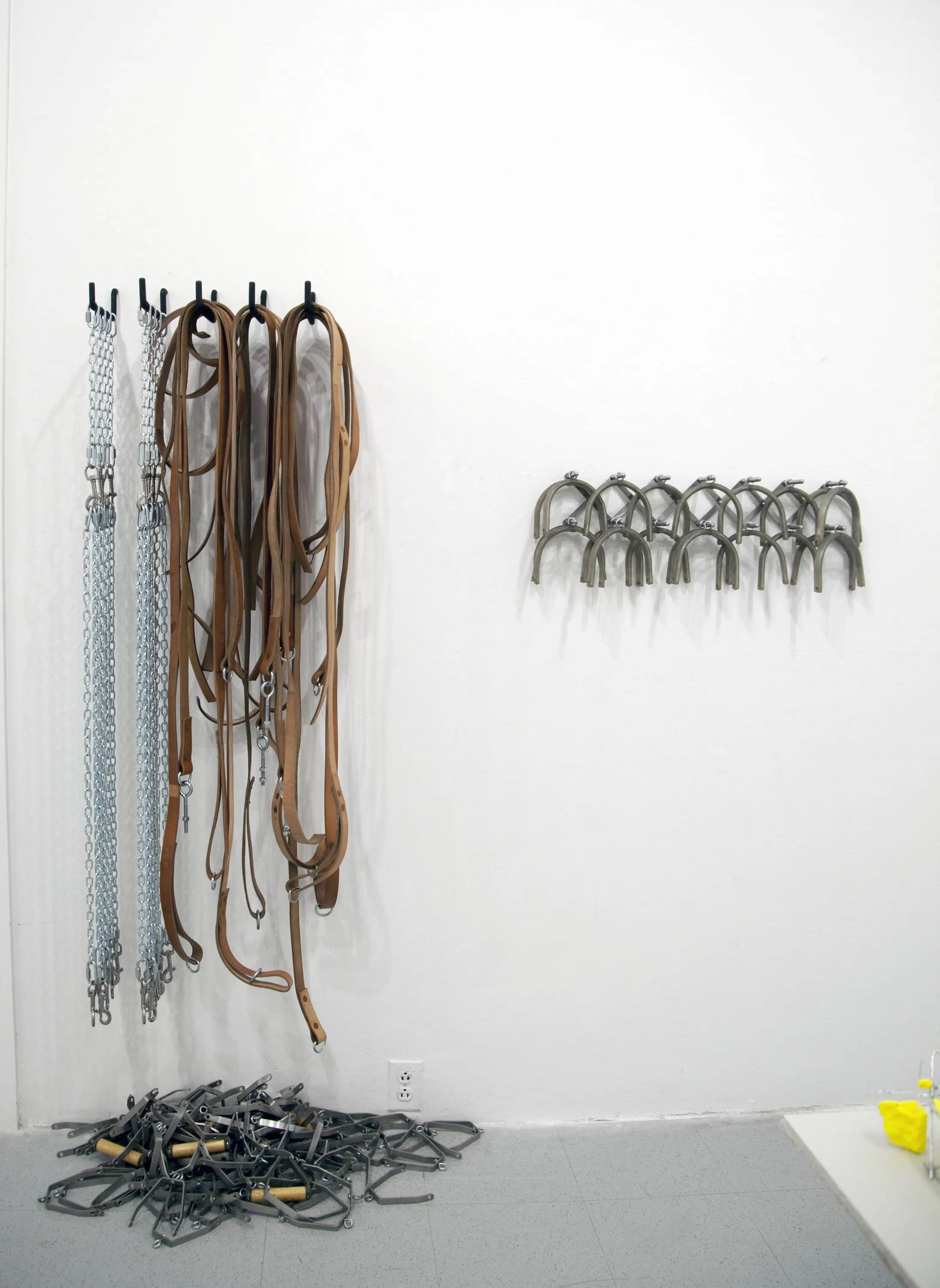 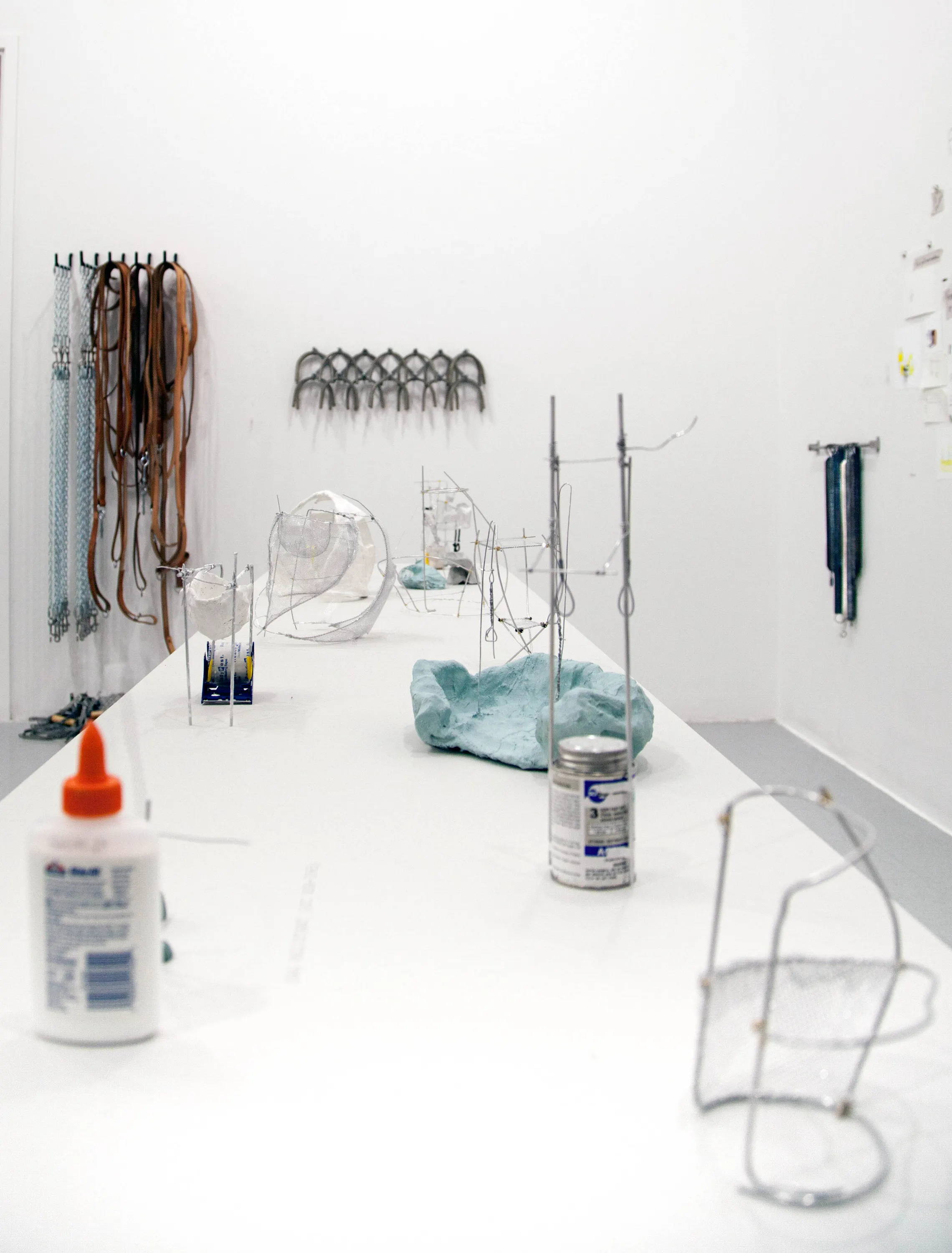 Ella Kandel’s exhibition was on view at Mason Gross Galleries, Mason Gross School of the Arts at Rutgers University, November 15 - December 6, 2019,  where the artist is currently completing her MFA degree.

Ella Kandel (b. 1985, Jerusalem), creates installations and site-specific work exploring the relationships between object and space, personal and social spheres, and participation and observation. Before moving to the US, she exhibited her work in museum, galleries, and alternative spaces throughout Israel. She is currently completing her MFA at Rutgers University in New Jersey as a recipient of the Mason Gross Visual Arts Graduate Fellowship.